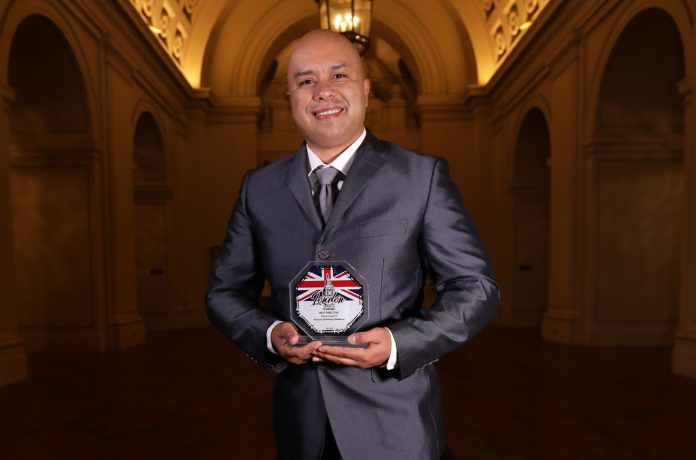 Geovanny Balderas; film and television producer, director, photographer, writer and editor; He has also been an actor for Spanish TV shows and host on internet episodes.

In Mexico he worked in numerous shows for the most important mass media network Televisa, several of them reaching number one in television ratings, such as: “Bailando por un sueño“, “Cantando por un sueño“, “Pequeños Gigantes“, “NXclusiva” and the TV series “El Pantera”. Geovanny at that time was also a producer and director of 5 short films Write 5 short films ranging from the dramatic genre to horror. Later, the Hollywood entertainment industry recognized his talent and invited him to work in one of the most important Spanish-speaking television networks in the country Estrella TV (currently Estrella Media) It is here where Geovanny along with other fellow producers make important TV shows, standing out the most watched and longest-lived Spanish-speaking reality show on North American television, “Tengo Talento Mucho Talento” with more than 25 uninterrupted seasons on the air. Geovanny has contributed with his extraordinary talent in the last 13 seasons of this successful show.

“American’t” is a story that aims to bring to the screen the struggle that many people faced in the United States during the era of former President Donald Trump, where racism, prejudice and injustice were the new normal. The ideals of Americans were attacked every day, things were happening that could never be imagined in a modern democracy, the new generation was being indoctrinated to hate anyone who was different from them. Geovanny Balderas was one of the few filmmakers to raise his hand and to denounce this type of injustice, doing it masterfully through the art of cinematography.

The main story of the film is about Alma, a loving, light-filled, first-generation Mexican-American woman, who lives happily with her undocumented parents in the countryside of the United States. Her life takes a 360-degree turn when she meets Johnny, an immigration agent (ICE), and two racist policemen who feel protected by the new system and constantly abuse police power.

Geovanny Balderas in 30 minutes tells a raw drama, but at the same time it’s a powerful piece of public awareness. Every detail in American’t is worth mentioning, production design, photography in spectacular locations, extremely realistic performances and a brilliant direction that makes it seem from real life.

American’t is looking for investors who can help to bring the feature film to life. We firmly believe that it’s only a matter of time for this film to be shown in movie theaters or on digital platforms.

Forbes Global - December 30, 2021
Shaleea Venney is dedicated to helping people turn around their personal lives and relationships. Named “One of the Top Coaches of 2021”...

Jarom Su’a: From High School To The Top Of The Music...