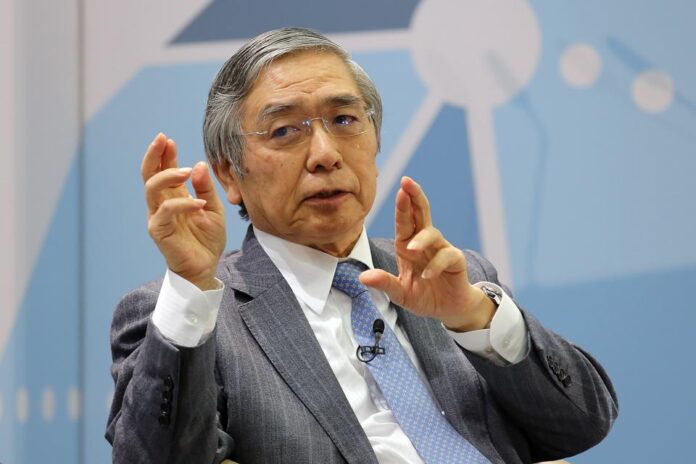 Since 2013, Kuroda has overseen an unprecedented expansion of a central bank’s balance sheet. By late 2018, it topped the size of Japan’s $5 trillion economy—and has only grown since. Though most of those purchases were bonds, the BOJ also hoarded stocks via exchange-traded funds with increasing fervor.

Yet in May—and here comes the big tease—the BOJ went an entire month without adding to its EFT holdings, the first 30-day pause in eight years. That has many investors believing Kuroda is suddenly serious about pulling BOJ support for stocks.

Don’t bet on it, as Japan’s Covid-19 recovery lags the rest of the developed world, and perhaps significantly.

The yen’s 6% drop versus the U.S. dollar tells the story as well any data set. As North America and Europe stabilize and begin producing decent growth, the forces behind Japan’s downturn remain stubbornly negative. Retail sales, industrial production, wages and business confidence have many economists convinced Japan might not return to pre-Covid levels until 2023.

Gospel Singer Archduchess of Divinity is Seeking to Change the World...

Forbes Global - September 30, 2022
True talent can’t be purchased or manufactured because it comes from above. Pasadena, California based Gospel songstress The Archduchess Of Divinity is...

The Realistic Art of Mike Dargas